Architecture firms Skidmore Owings and Merrill and PATTERNS have designed three residential skyscrapers that will add to the growing Los Angeles skyline.

The Olympia development will include a trio of connected high-rises, public shopping and dining spaces, and outdoor areas in LA’s South Park neighborhood – at the junction of Olympic Boulevard and Harbor Freeway.

The towers will accommodate 1,367 residential units, with spacious balconies and communal terraces forming a layered effect up the facades. 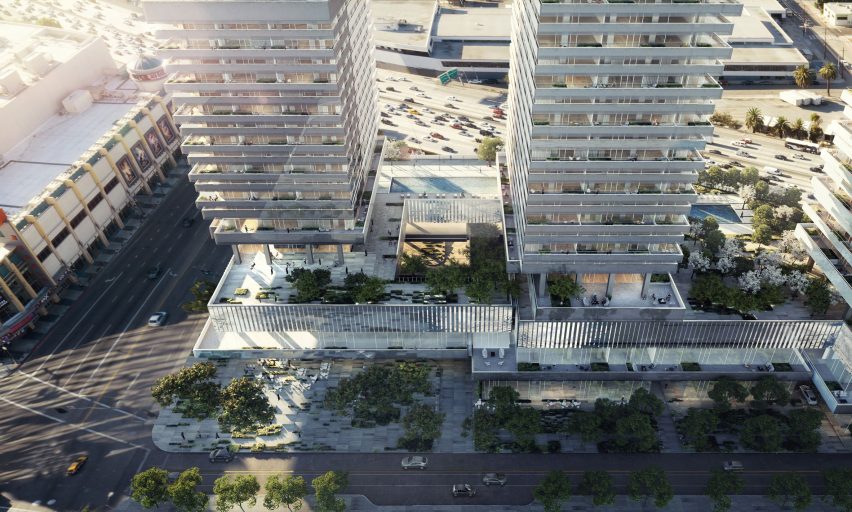 The scheme is designed by Skidmore Owings and Merrill (SOM) – the international firm behind some of the world’s most iconic skyscrapers: the Burj Khalifa, One World Trade Center and Willis Tower to name a few – and local firm PATTERNS. 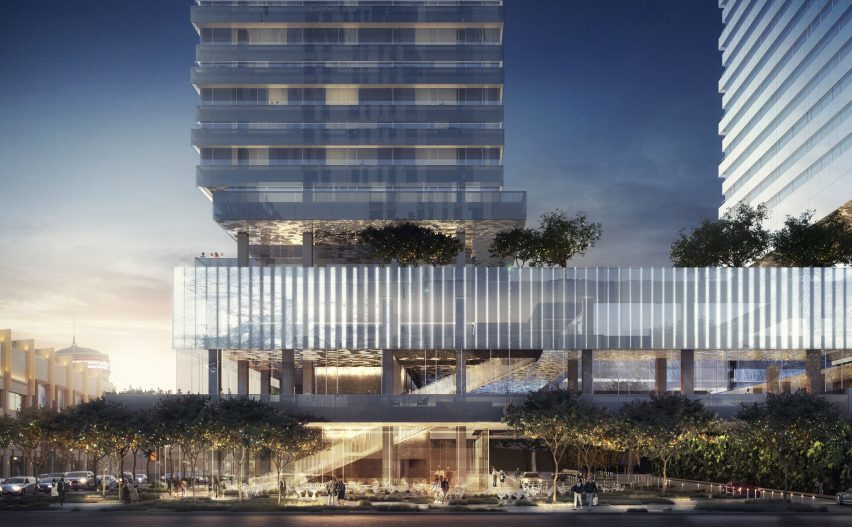 “Through smart planning and intentional design, Olympia wants to connect a creative community of residents to the culture and resources of Downtown Los Angeles,” said Stuart Morkun, executive vice president of City Century. “From its striking skyline presence to the transformation of the streetscape below, Olympia will be the pinnacle of Los Angeles living.”

Downtown Los Angeles is undergoing rapid development, with a large-scale projects by BIG and OMA also in the pipeline.

These will join cultural buildings recently completed in the wider area, like The Broad art museum by Diller Scofidio + Renfro and Hauser & Wirth gallery by Selldorf Architects, which together are regenerating a once-overlooked part of the city.

SOM’s ongoing projects elsewhere in the US include a master plan for Philadelphia’s 30th Street Station district and the mixed-use Manhattan West development in New York City. 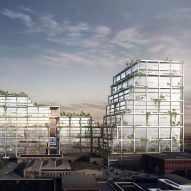 Constructing a Downtown LA for everybody