I have never been so surprised by food in my life.

When the delivery driver dropped off three red boxes, each the size of a small purse, with yellow handles and frowning faces on the sides with X-marks instead of eyes, I couldn’t help noticing that the smell wafting out was just like McDonald’s .

When I opened all the wrappings, the food looked like McDonald’s, too. The nuggets were brown and crispy. The burger was overflowing with mustard, ketchup, pickles and diced onion. Hell, the fries even looked the part, golden but droopy from the steam created inside the boxes during the car ride over.

The only question left to answer was: Did it taste like McDonald’s?

Mr. Charlie’s is a new, plant-based, fast-service restaurant at 432 Sutter St., near San Francisco’s Union Square. The company opened its first restaurant in Los Angeles back in February. After setting up shop literally across the street from a downtown San Francisco McDonald’s, they are currently only delivering in San Francisco, but are scheduled to officially open Dec. 31

After Lizzo gave a positive review of the restaurant on TikTok, the rest of the internet followed suit. Mr. Charlie’s was almost immediately dubbed “The Vegan McDonald’s.” And it makes total sense given the brand design. Everything about Mr. Charlie’s looks like McDonald’s. Red and yellow fill every nook and cranny from its Instagram to its website to its restaurant design. The signature item on the menu is “The Frowny Meal,” a direct troll of McDonald’s Happy Meal. There is no word yet on whether McDonald’s lawyers have been in touch with Mr. Charlie’s. 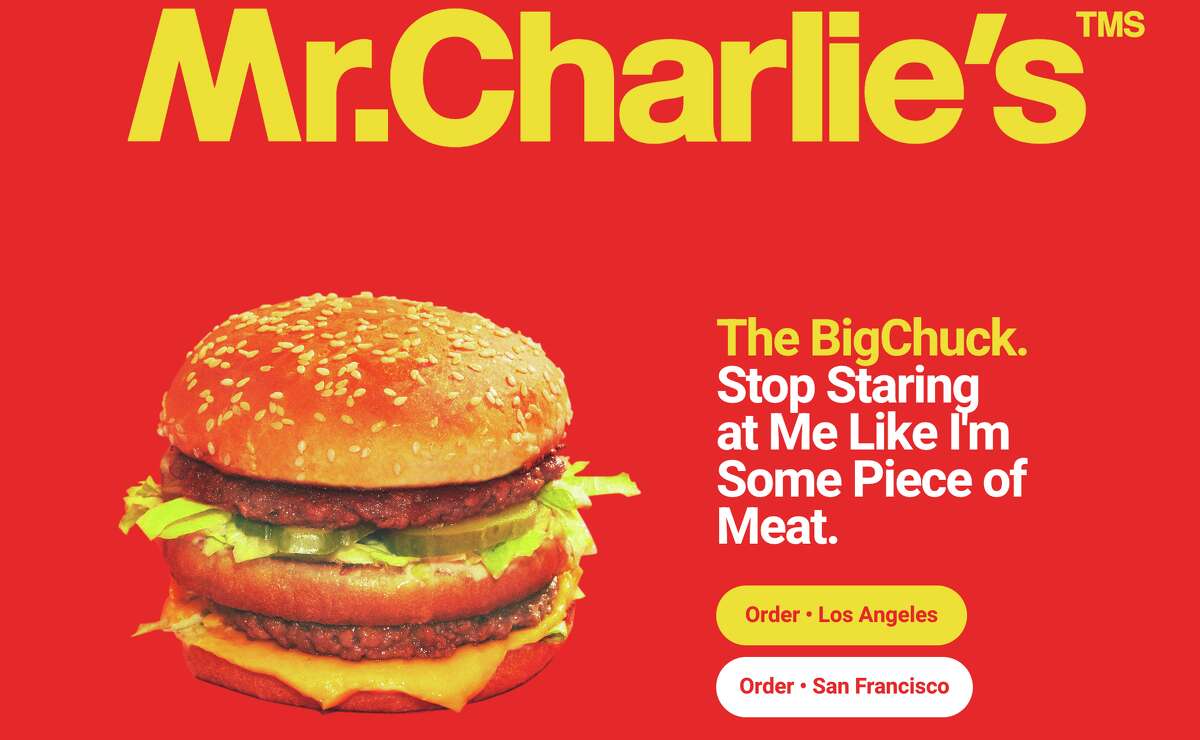 A screenshot of the Mr. Charlie’s website, a new plant-based fast food restaurant in San Francisco and Los Angeles.

In fact, the entire concept of the restaurant is to troll the most popular fast food restaurant in the United States. What better way to flip the script on fast food than to take on Goliath? The mission of the David-esque chain, founded by Taylor McKinnon, Aaron Haxton and Charlie Kim (a San Franciscan and namesake of the brand), is “to bring approachable plant based food, fun & support to communities.”

The founders say they wanted to create accessible plant-based food, which studies have shown is better for the environment than food derived from animals. They also wanted to create jobs for those that are often overlooked in job interviews so, they partnered with the Dream Center of Los Angeles, which provides outreach, residential and resource programs for houseless people.

Although I am not Lizzo — though I hope this review goes just as viral — I too thoroughly enjoyed my Frowny Meal from Mr. Charlie’s. 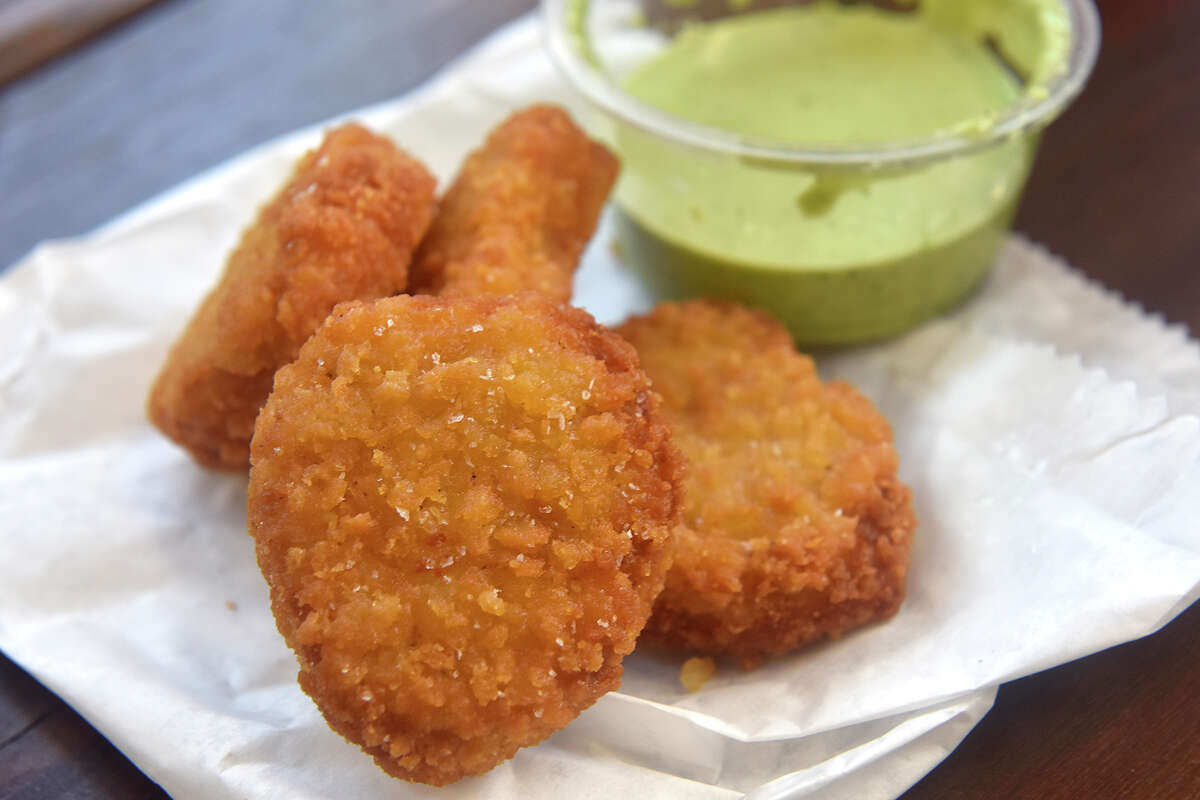 I have always been someone who enjoys meat over the plant-based alternatives (come at me, vegans!). They simply don’t fulfill my carnivorous cravings. But as I said at the top, I was surprised by how much I enjoyed the food from this restaurant.

The burger tasted incredibly similar to a McDonald’s hamburger. The thin burger patty, made from Impossible Burger, was honestly barely noticeable. The dominant flavors were the ketchup and mustard combo and the acidity from the sliced ​​pickles. If you think about it, that’s mostly what you taste when eating a Big Mac. 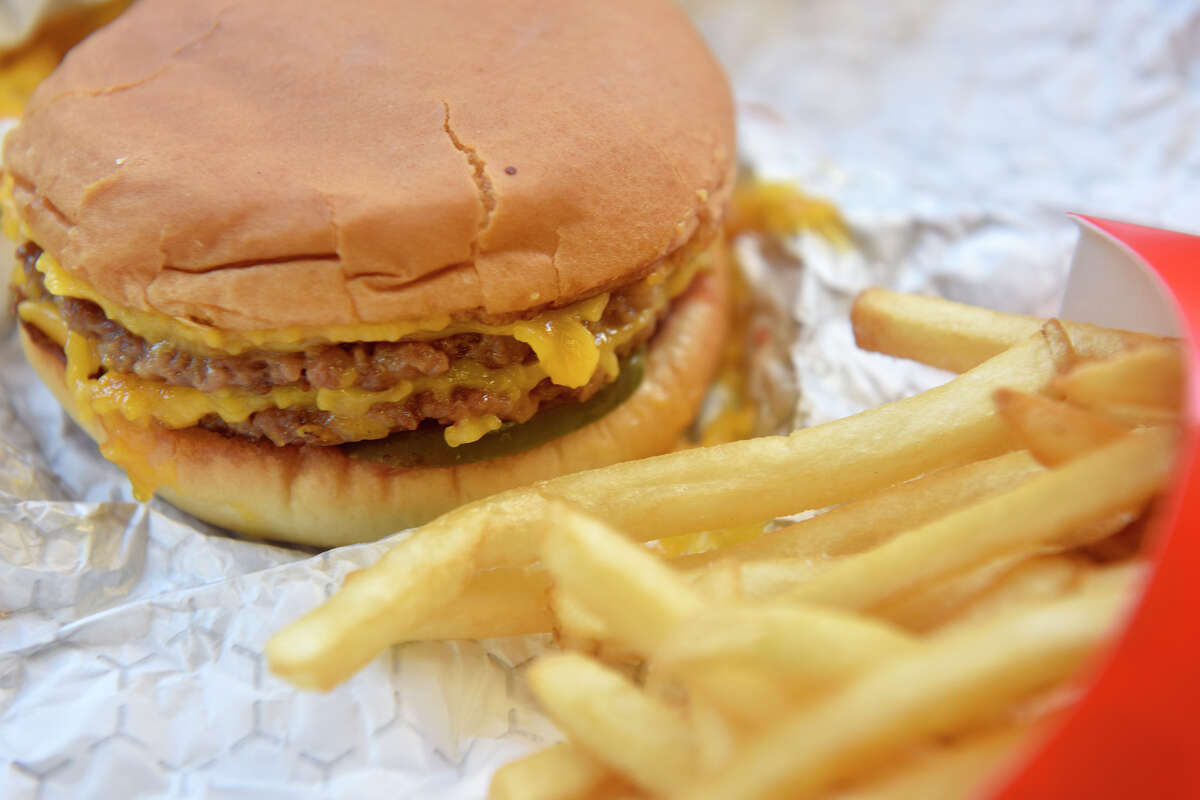 A plant-based double cheeseburger from Mr. Charlie’s with fries.

The “chicken” nuggets were a crowd favorite among the co-workers with whom I shared this meal. On their own, the golden-brown mouth-poppers were similar in taste to a McNugget. But the easily dunkable nubs of fried, fake meat were enjoyed much more with one of four sauces — a green goddess dressing, a chipotle aioli, a regular barbecue sauce, and a white condiment that reminded me of the tasteful glaze on honey walnut shrimp.