The Most Thrilling LA Restaurant Openings of 2022

Welcome to the Year in Eater 2022 — an annual tradition that looks back at the highs, lows, and in-betweens of Los Angeles’s restaurant scene. Today, LA’s finest food writers, editors, reporters, and a few select others with strong opinions share their best restaurant meals from 2022.

Kuya Lord, definitely. That level of Filipino cooking is personal and incredible. Capri Club too, for its ambience and overall sense of cool.

Nossa Caipirinha Bar — a really fun and beautiful space. The wine bar at All Time is a close runner-up.

I was really excited to check out Yangban Society after all the hype that came with two big-name chefs coming to Los Angeles. I went there a lot to try and figure out what John and Katianna Hong were going to bring to this city. And I think over time, with less of the deli setup and more of a free-for-all small plates situation with really flavorful, really well-executed dishes, Yangban Society became a very memorable place to eat.

I also loved Mother Wolf, and ate there quite a few times with folks that came from out of town. Virtually everything I ate there was executed with perfection. Pijja Palace was a really fun place to see the future of LA food, and I personally dug the sports bar aspect since I watch a ton of sports in general.

Camphor really convinced me that sticking to French cuisine but doing it in a modern LA way would find an audience here. Lijo George and Max Boonthanakit brought a sense of upscale refinement without demanding any kind of fussiness in return from their diners, and it showed. People love the place, and so do I.

I also really liked Asterid, which sort of fell off the best-of lists, but made for a terrific date night earlier this year. I still think chef Ray Garcia is one of LA’s most talented chefs, and I hope Asterid continues to gain a following.

By expanding the definition of the modern deli into a hybrid day-to-night market that highlights Asian-American cuisine, Yangban Society has created something that’s unique yet filled with nostalgia and they’re always doing something fun on the menu that plays off the seasons, LA’s wide-reaching identity, or both. Speaking of nostalgia, biting into NOLA-transplant Willie Mae’s fried chicken, from their newly opened Venice outpost that’s helmed by granddaughter Kerry Seaton-Stewart, immediately took me back to childhood summers spent in Jackson, Mississippi, when I would impatiently wait next to my great-grandmother’s hip, hoping for a pilfered taste of fresh-fried chicken. It truly is some of the best fried chicken in the country, and how lucky we are that they chose LA for their first location outside of Louisiana.

Oy Bar in Studio City! It’s a space that’s a real bastion of Old Valley, and the new iteration respects that and takes it in a similarly unpretentious new direction. The SMOKED SALMON YAKI-ONIGIRI dish is special.

I’ve been a fan of Pijja Palace since day one. Also on my list of favorite newcomers are Maciel’s Plant-Based Butcher & Deli, chef Brandon Kida’s Gunsmoke, and the always-fun Quarter Sheets.

Quarter Sheets. I’m a local, so I’m biased, but it’s the best pizza in the city and not particularly close. 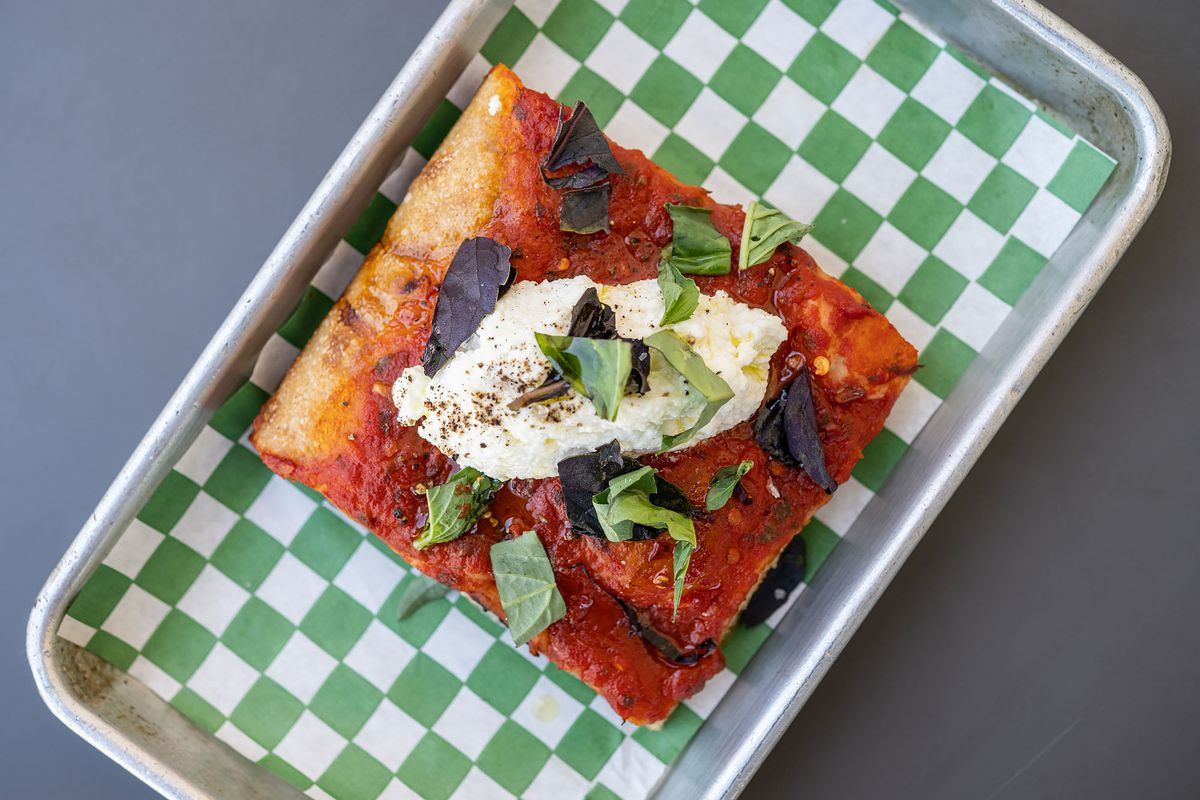 Tulsi Indian Eatery is a fulfilling, fresh, and casual place to swing by for a broad range of dishes from different regions of India, including a few things one is generally harder-pressed to find, like pav bhaji and dabeli.

Seeing Kuya Lord graduate from their garage to a restaurant was thrilling. Some of the best Filipino food I’ve ever had. I always want to order everything on the menu. Sometimes we have, for family celebrations. Some other standout debuts include Camphor for their unexpected flair with fine dining, Mr. T for their creative presentation and bold flavors, and Gunsmoke for Brandon Kida’s playful pan Asian dishes, particularly the rockfish and warm cabbage salad. I’m also into Carlos Jurado’s wood-fired Colombian-ish food at Selva in Long Beach and the best-in-class pan pizza and cakes from Quarter Sheets.

There are so many fried chicken restaurants out there — and even though I LOVE fried chicken — I didn’t think I could be surprised by a new spot, but Le Coupe delivered. The chile-honey glaze coating chef Craig Walker’s buttermilk-brined fried chicken is a winner, and I really can’t stop thinking about his sides: elote-style fried corn “ribs,” puffed chicken skins, and blue cornbread made with duck fat .

Camphor would be recommended for the scallop pasta alone but all of the dishes are exquisitely executed. 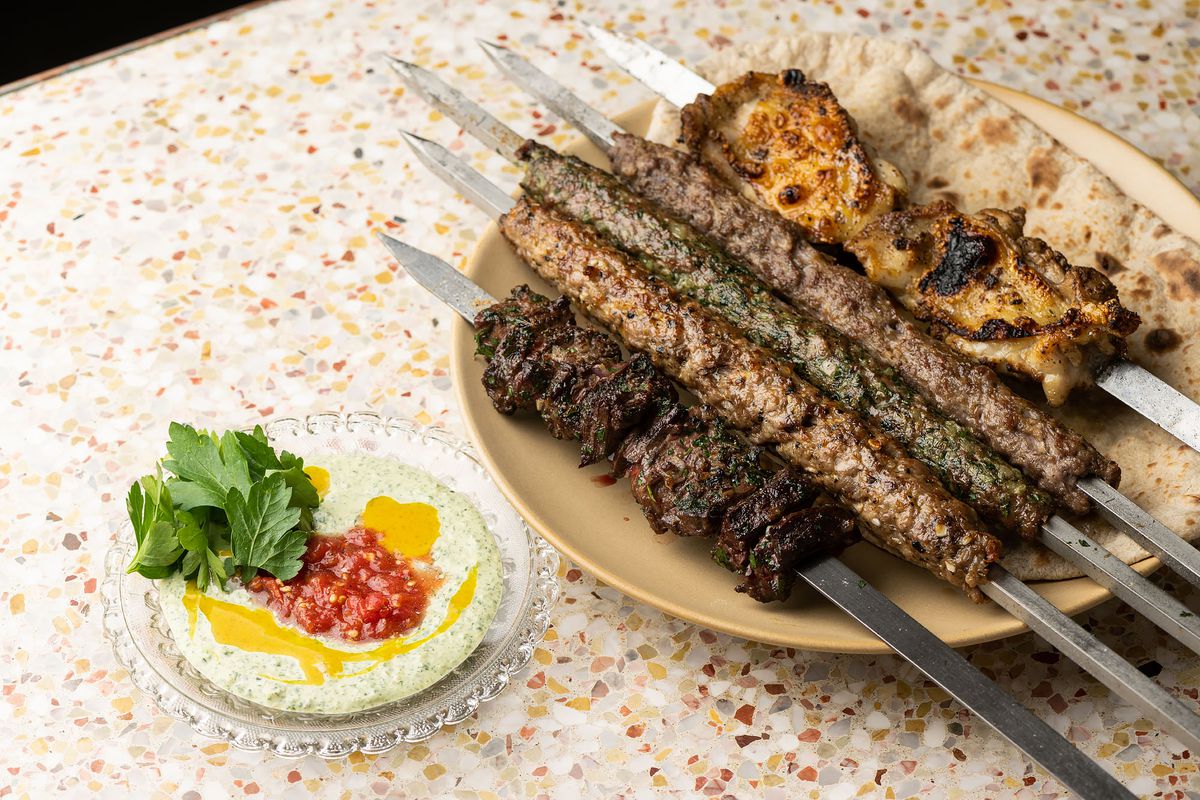 Not necessarily a newcomer but how excited were we all to see the comeback of Here’s Looking at You?

Camphor was an early-year arrival but it was exciting to see how Max Boonthanakit and Lijo George brought something fresh, new, and refined but completely tailored to LA’s dining scene. The way each dish is completely luxurious yet understated and yet absolutely meticulous and thoughtful in its preparation makes each dining experience a delight.

camphor. I watched co-chefs Max Boonthanakit and Lijo George build their Arts District menu around flavors they loved with trained techniques. Like any new restaurant that opens, they go through changes that fit the customer and the space. The two found a way to express their creativity within that, making Camphor an exciting and friendly place to dine.

I feel like I’ve been waiting for Saffy’s — or some version of it — to open for years! Full disclosure, I worked with Ori Menashe and Genevieve Gergis on their cookbooks for Bestia and Bavel, but through that process, I’ve known that Ori’s dream was to open a shawarma restaurant. While Saffy’s ended up being so much more than that, it’s so great to see them finally doing it — and you can taste that devotion.

I can’t mention Pijja Palace too, though. This was pre-the current hype, but I was floored after my first visit. It made absolutely no sense and in no way needed to be that good, but it somehow all worked in this magical way that felt purely LA. 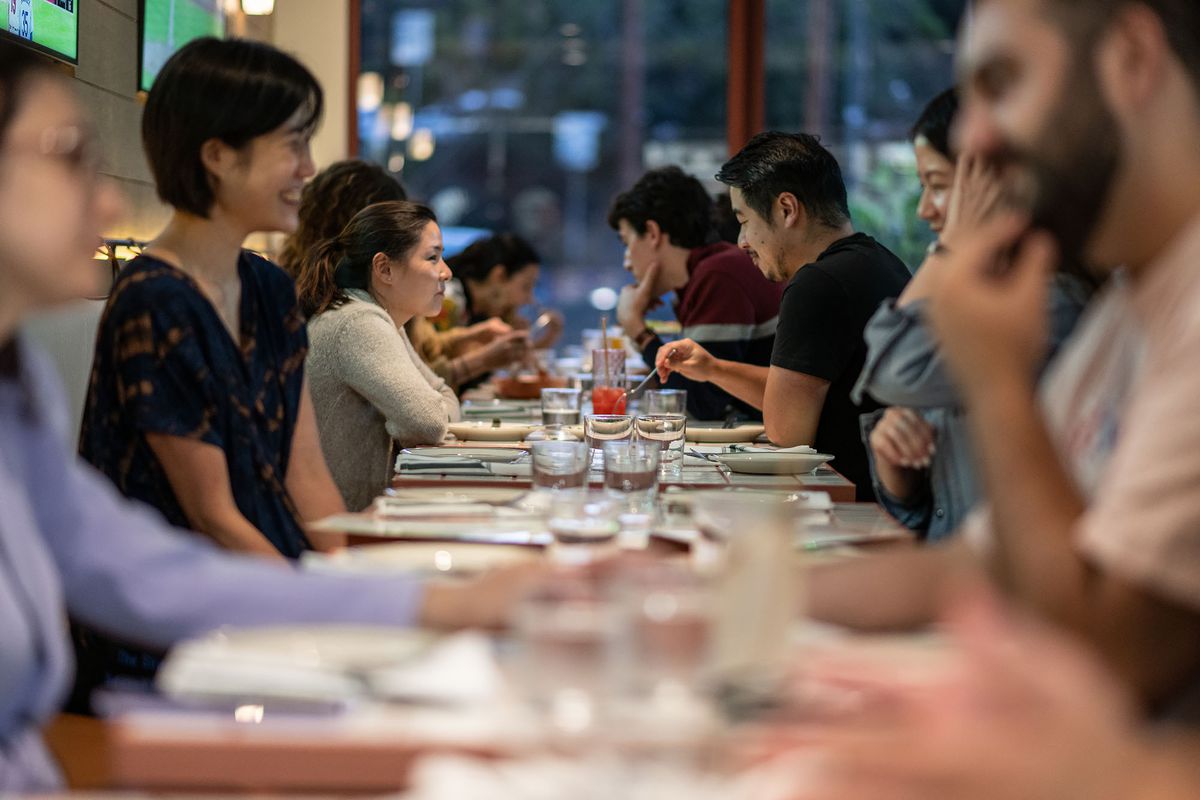 I loved Quarter Sheets as a pandemic pop-up, and I’m rooting for them as they go brick-and-mortar. The food is great, and I desperately want there to be a future for fun restaurants run by normal, talented humans, not only spendy destinations underwritten by major investors.

I have to say that it’s rare to think of Marina Del Rey as a destination for dinner, or even dining in general. Dear Jane’s smashed that perception, somewhat, this year with its fully imagined dining room and bar that overlooked the boats and dinghies undulating over the water’s soft waves at night. The menu is robust and the food is decadently good: crispy fish sticks to dip in creme fraiche and top with caviar; the best shrimp louie salad I’ve had, maybe ever; Puffy, blistered crab-stuffed prawns served over a sauce that tastes like sherry-spiked lobster bisque. You can’t really go wrong at Dear Jane’s, except to dismiss it for its location.