Just a decade ago, it was a novel idea to get onto Twitter to track down a food truck and wait hours in line for a kimchi quesadilla. There was a frenetic energy in LA’s culinary scene when Kogi BBQ’s Roy Choi rolled onto the streets and influenced a gourmet food truck phenomenon.

With the country’s economic downturn in 2008, launching guerrilla loncheras was appealing as a cheaper alternative to brick-and-mortars. Parking lots became food-truck festivals, Food Network premiered its reality-competition show “The Great Food Truck Race,” and even Zagat included the mobile eateries in its guides.

As the years went on, some entrepreneurs moved on to opening physical restaurants, while others struggled to stay afloat. In looking back at the 10-year anniversary of this movement, Eater caught up with some of the most popular ones to see what they’re up to today.

Today: Kogi BBQ’s fleet continues to operate with four trucks that make their rounds at public and private events. All the founders that kickstarted this Korean-Mexican fusion movement are still owners of the business. Choi has since opened Chego, A-Frame, Alibi Room, Kogi Taqueria, and Locol, the last of which which recently transitioned to catering. He’ll be opening his first Las Vegas restaurant, Best Friend, at the Park MGM resort in late December, serving up his favorite dishes from his LA projects. 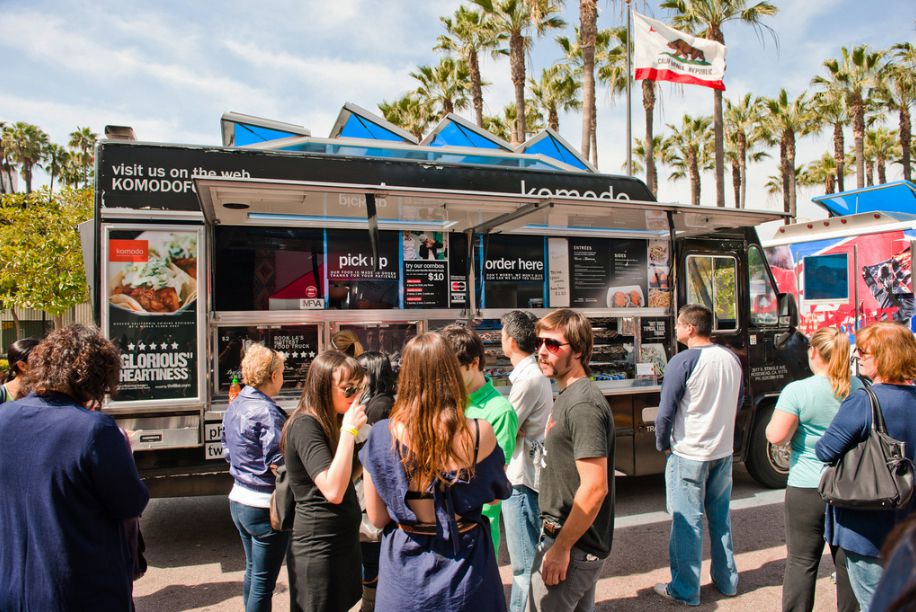 Today: The Komodo team (sans Seo, who left the company in 2011) shut down their trucks in 2017 to focus on their Komodo restaurants in Pico-Robertson and Venice, which have become home to Cal-Asian dishes like the “Pho-rrito.” Erwin Tjahyadi opened Southeast Asian restaurant, Bone Kettle, in Pasadena in 2016, and Eric Tjahyadi launched Supa Coffee, a Pico-Robertson cafe, in 2017. 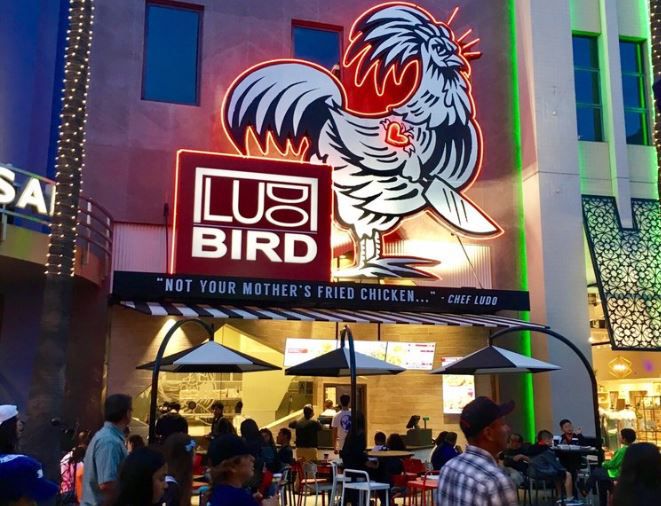 Today: Lefebvre closed his buttermilk-fried-chicken food truck when he launched LudoBird at Staples Center in 2013, and later opened another one at Universal CityWalk. He runs two Petit Trois locations (with a potential third one in Denver), Trois Mec, and Trois Familia with partners Jon Shook and Vinny Dotolo. Lefebvre has made several TV appearances, as a judge and mentor on ABC’s “The Taste” and host of “Mind of a Chef.” Mobi Munch still offers food truck rentals. 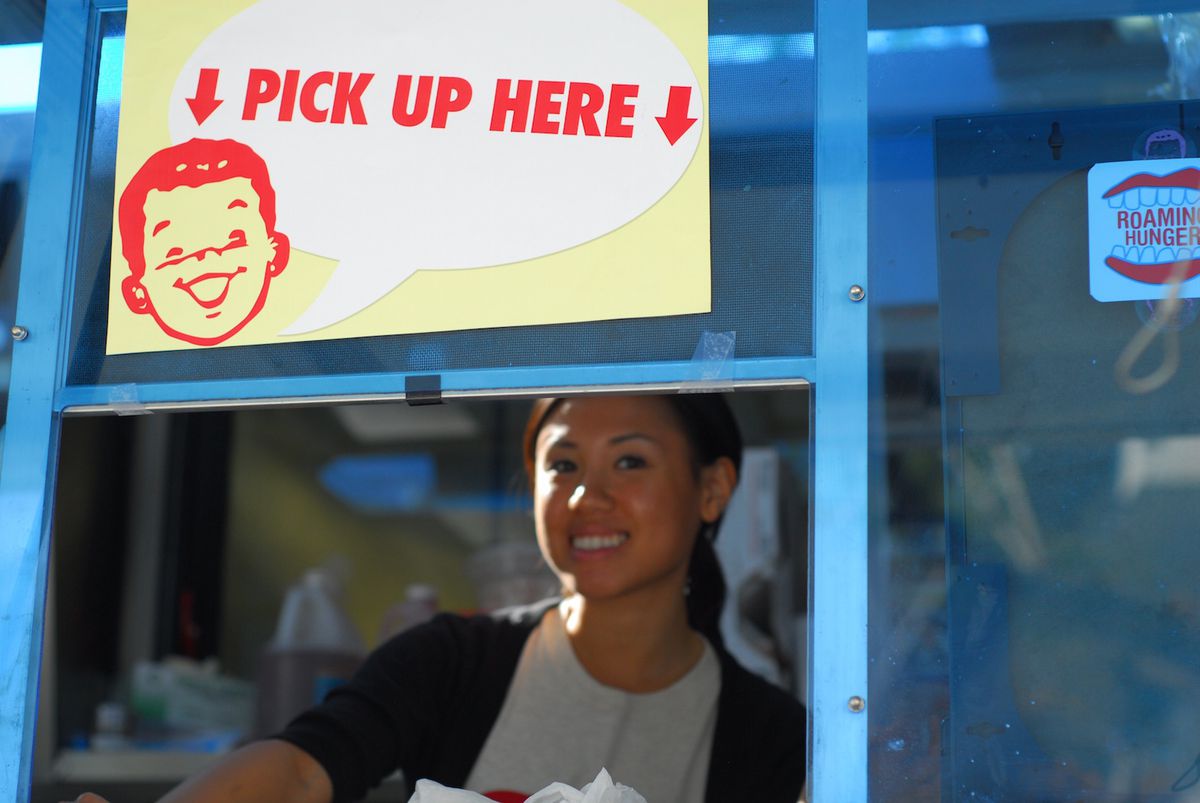 Today: Pascual stopped operating her breakfast truck in November 2015, and has since partnered with Jennifer Green of Nom Nom Truck to open their Dough & Arrow cookie and coffee shop in Costa Mesa. 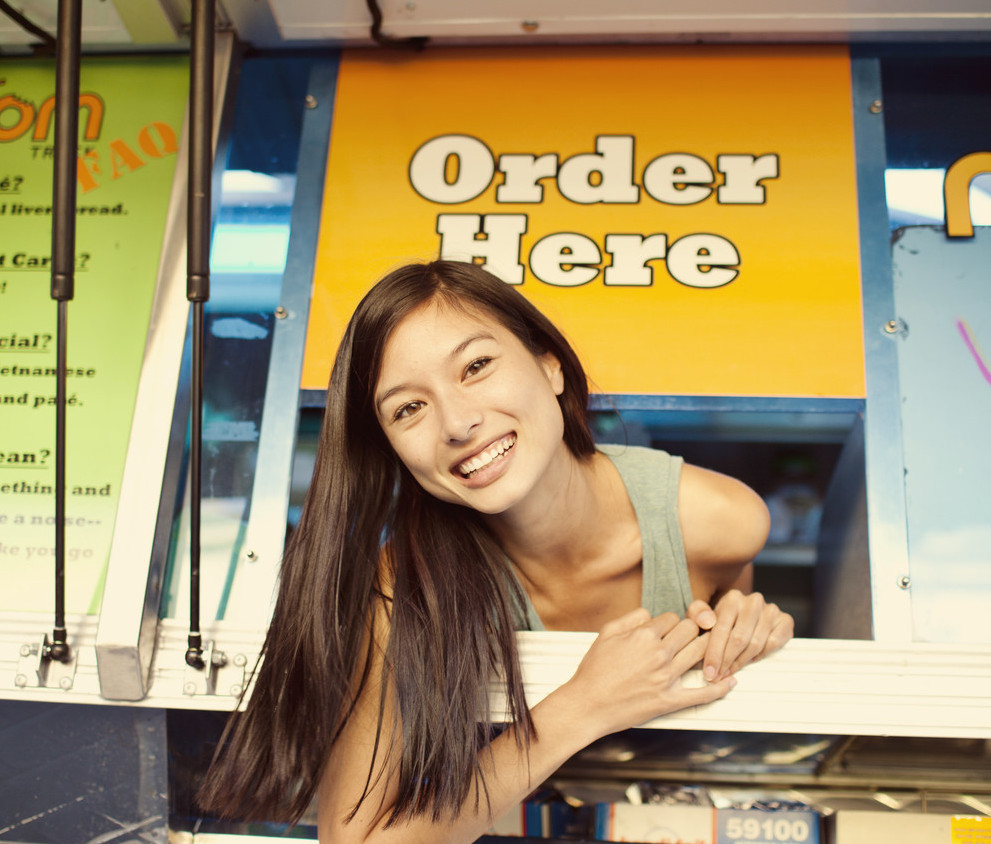 Today: The duo put their banh mi truck to rest in March 2014, with Chien saying she had a falling out with her former partner, which she wrote about in a blog post. Green went on to open Dough & Arrow cafe in Costa Mesa with Buttermilk Truck’s Gigi Pascal. Chien is now a Chief Marketing Officer of tech companies like Praiseworthy Blog, consults in restaurant marketing, and models. 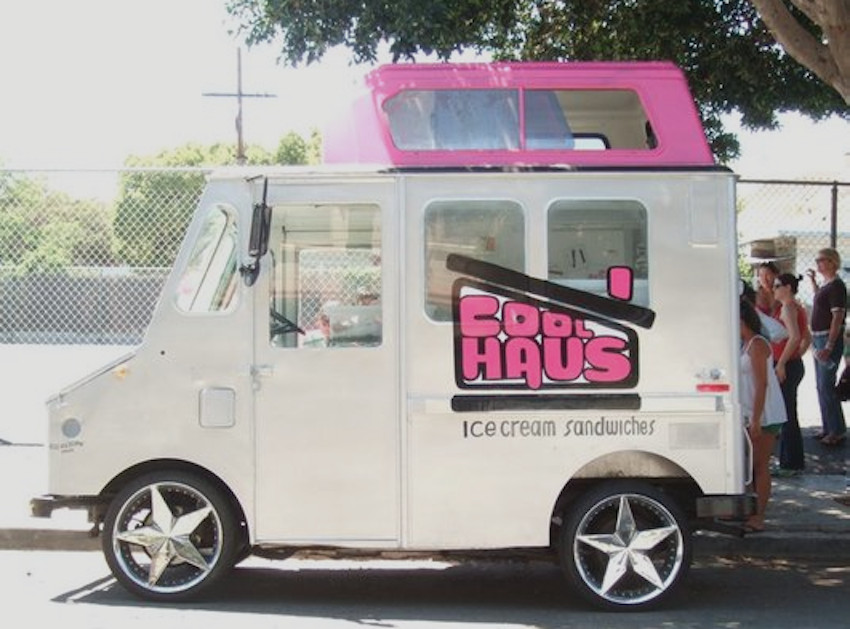 Today: The couple has massively grown their brand to two storefronts in Culver City and Pasadena, and nine trucks in New York City, LA, and Dallas. Their ice cream sandwiches are now available in over 6,000 grocery stores. 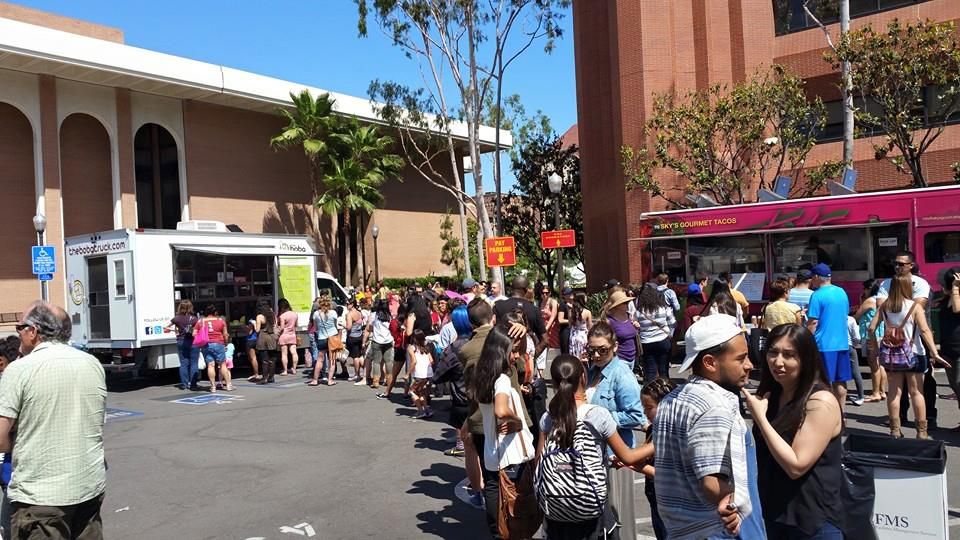 Today: Liao sold his share of the company to Tsuan, who still runs The Boba Truck for mostly private events, and public appearances at Granada Hills Grubfest every Friday night. Tsuan also opened The Boba Cafe in Northridge in December 2015, while Liao recently launched The Joint, a seafood market, restaurant, and coffee shop, in Sherman Oaks. 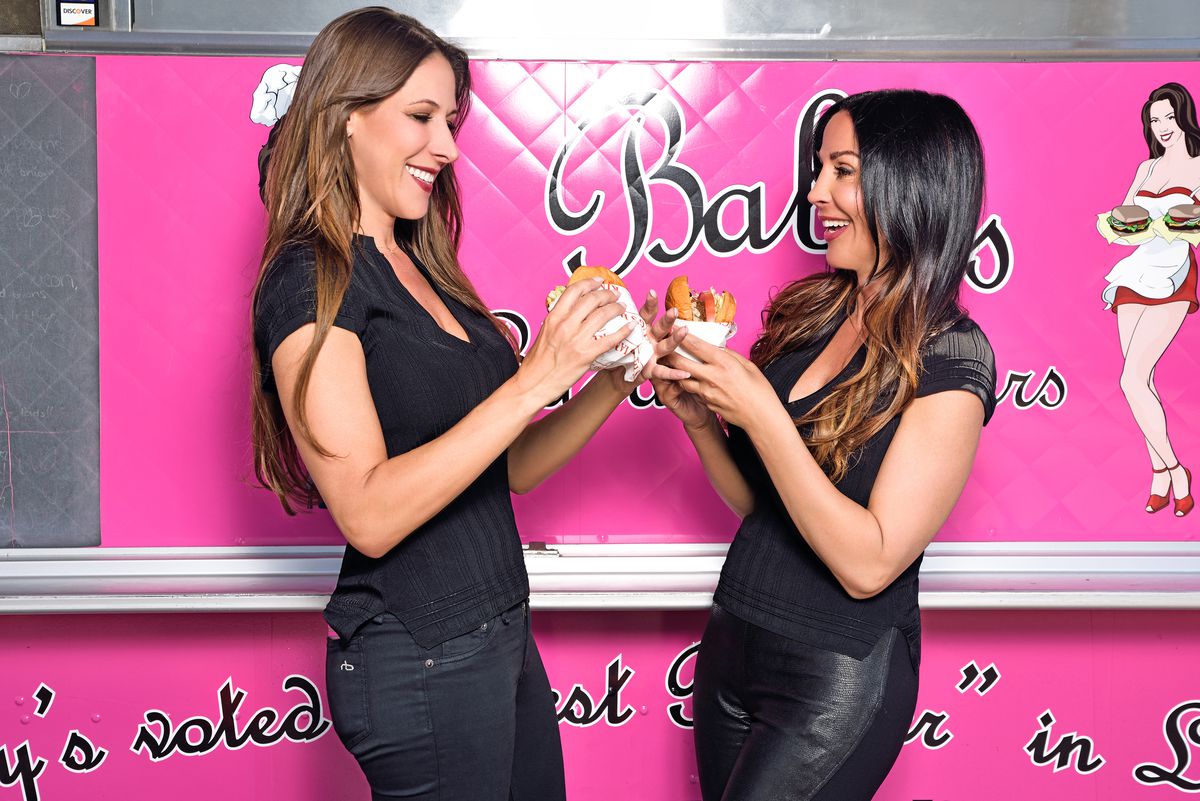 Today: The twosome made an appearance on ABC’s “Shark Tank,” but didn’t land a deal with the hosts to open a brick-and-mortar. However, they’ve since grown their mobile gourmet-burger business, now owning three trucks in LA and the San Bernardino military base at Fort Irwin. They’ve franchised six other trucks that roam through Southern California, Houston, and New Orleans, and soon another in Phoenix. They’re working on a new truck concept, Baby’s Badass Burritos (& Bowls) for early 2019. Today: The duo called it quits and parted ways a year into the business. Johnson explains it was difficult running a food truck, and Gapultos, who landed a cookbook deal at the time, says it was hard to juggle both gigs. Johnson still runs her food blog, Let Me Eat Cake, and co-owns n|a Consulting, a restaurant/hospitality marketing and PR agency. Gapultos published “The Adobo Road Cookbook” in May 2013, and just published “Pulutan! Filipino Bar Bites, Appetizers and Street Eats.” He also freelances as a copywriter. 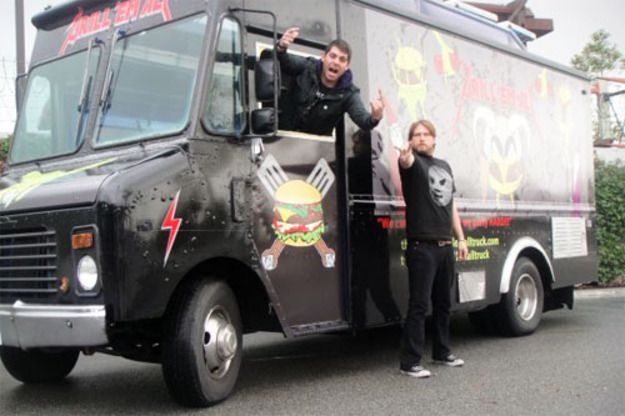 Today: These winners of the first “Great Food Truck Race” grew their metal-themed burger business to two trucks. But when they opened their restaurant in Alhambra in 2013, they eventually laid the wheels to rest. They’ll be celebrating their restaurant’s six-year anniversary in January 2019, a place they call a “heavy-metal club house.” 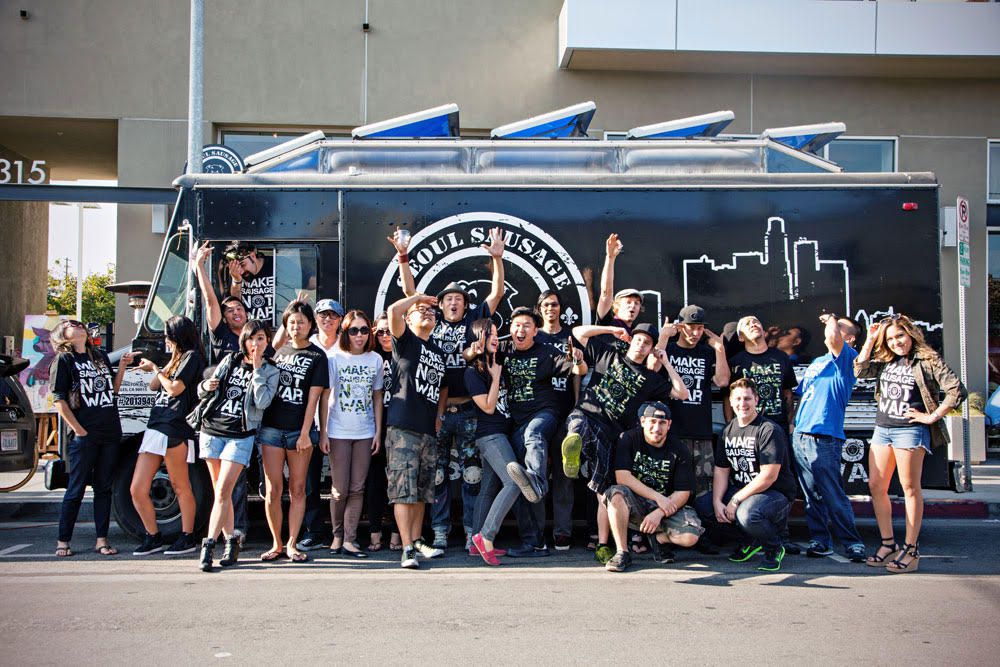 Today: The winners of “The Great Food Truck Race” season three still use their modern Korean food truck for catering events. Seoul Sausaged opened brick & mortar restaurants in Sawtelle Japantown and Little Tokyo before closing both. The Kim brothers and Oh have since amicably split, with the Kims have taken Seoul Sausage into stadiums like LAFC’s Banc of California Stadium, and the Coliseum for Rams and USC games. Seoul Sausage also has a brick & mortar space at an Oxnard food hall.

Their famed sausages will soon be available in retail stores and on Amazon. Oh went on to open LA restaurants like Escala, Korean Super, and Hanjip, the latter of which closed last year. Oh also recently opened a restaurant called Chingu in Hawaii. The celebrity chef has a few TV projects in development, has launched a cannabis edibles company, and is in the midst of a new project in Las Vegas.