In Focus is Archinect’s recurring series dedicated to profiling the photographers who help capture architecture and make the work of architects look so much better. In this series we ask: How do they relate to architecture? How do you work? What equipment do they use? What are your goals when recording buildings?

For this part, Archinect chats with Los Angeles-based photographer Miguel Rodriguez. By observing the relationship structures to light, Rodriguez found a way to capture the city of Los Angeles from a new perspective. By focusing on the design details and textures that each building possesses, it invites the viewer to see the city in a whole new way. Driven by the rich architectural history of Los Angeles, Rodriguez wanted to highlight the buildings of G. Albert Lansburgh, Albert C. Martin, and Walker & Eisen. According to Rodriguez, he compares Los Angeles to an “architectural petri dish” in which one can observe the development of the building in a very small space.

Architecture is one of the most tangible and ubiquitous creations of human consciousness. Throughout history, buildings have been symbols of cultural achievement, power and technological advancement. They reflect the socio-economic, cultural and artistic context of their time. Similar to tree rings, they trace the development of our cities – growing seasons as well as times of decay. I photograph architecture through this lens.

Do you remember the first picture you ever took?

I’ve had a camera around since I was young. My father loved to record family moments, events, and vacations. Posing for photos wasn’t my favorite thing to do, so I soon discovered that you had to be behind it in order not to stand in front of the lens. I started helping my dad and slowly I was drawn to the art of photography itself. My first reflex camera was a Pentax Spotmatic. and I’ve shot since then. 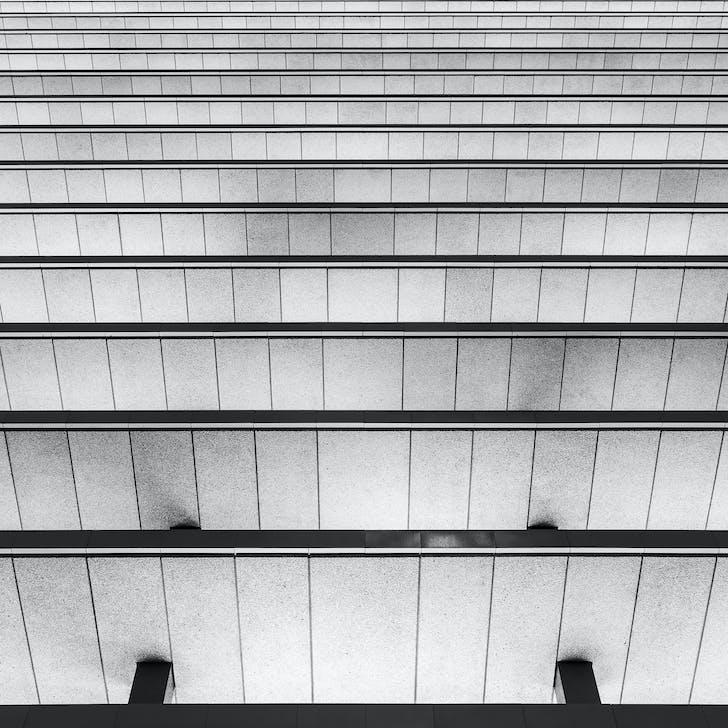 Can you describe your work process?

Now that I’ve found a building that I want to capture, I need to figure out how best to do it. I’ll visit it a couple of times to sort out the elements and angles I want to cover, as well as possible spots I want to take photos from. I will map the location in Google Maps and Google Earth and map it against the path of the sun. I also use the photographer’s ephemeris app to see the direction and length of the shadows on a specific day / time. With this information, I have a rough idea of ​​when is a good time to shoot.

I usually use two cameras, one for time lapse and one for still images, or a second time lapse with a different lens. I will visit the same building multiple times to capture it in different lighting conditions and from different angles. There are many guessworks and there are always variables that you cannot control. The weather is great, sometimes you want clouds, sometimes you don’t. A truck is blocking your view or shadows that are not behaving the way you imagined. I usually have a couple of outbuildings just in case. You have to be flexible and adapt to the respective conditions. There’s only so much you can shoot in a day as each shot takes a couple of hours or more.

On the post production side, I use Adobe Lightroom to edit the photos. For the time-lapse I use a combination of LR-Time-Lapse, Lightroom, Adobe After Effects and Premiere. 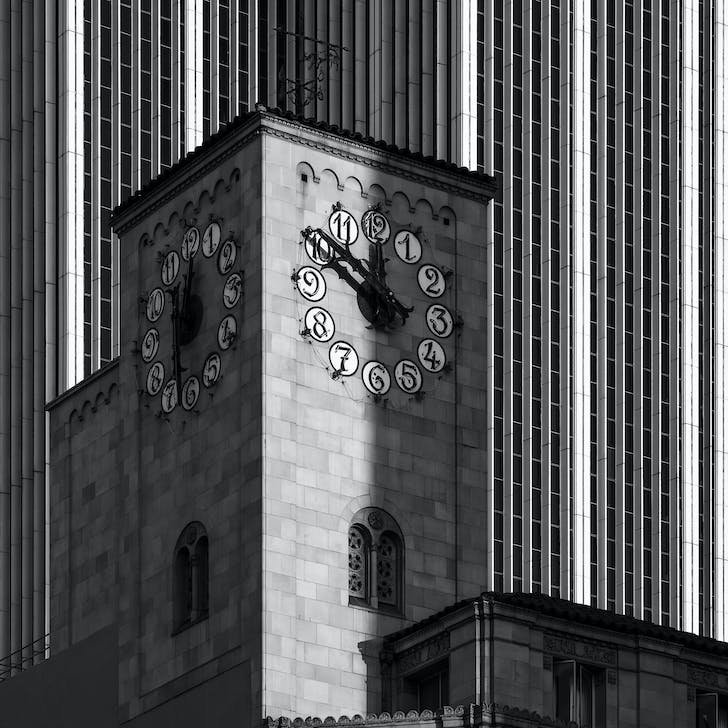 JAMES OVIATT BUILDING TOWER. Image © Miguel Rodriguez As city dwellers, we are surrounded by buildings and immersed in them. After a while they fade into the background of our perception. Merging with the visual cacophony of the modern concrete jungle. My goal is to shed some light on them.

What are your goals for capturing buildings in photos?

As city dwellers, we are surrounded and immersed in buildings. After a while they fade into the background of our perception. Merging with the visual cacophony of the modern concrete jungle. My aim is to shed some light on them; to capture the stylistic elements, the design details that give them their unique character and soul.

As a photographer, I focus on the relationship between architecture and light. How the facades, design elements, materials and textures interact with the light, how they constantly change and fill with life when the sun crosses the sky. 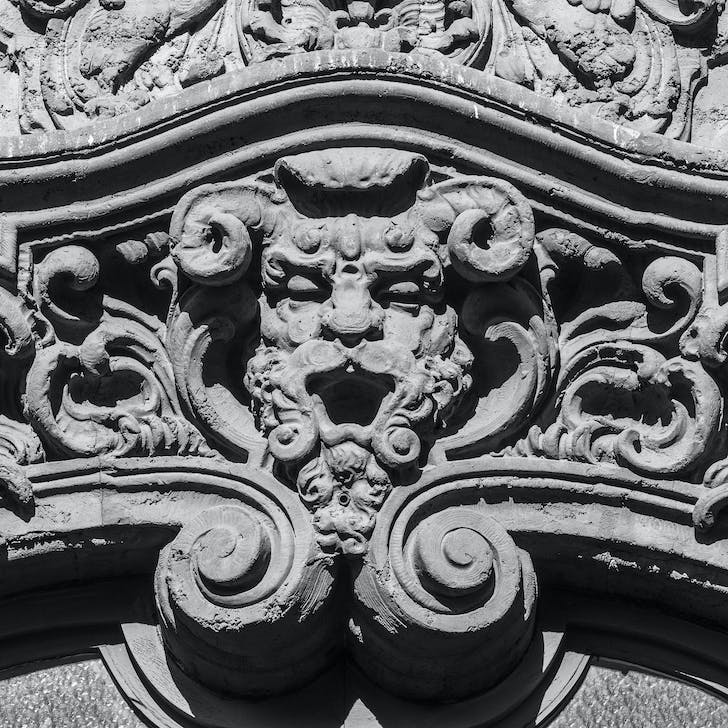 What is the main difference between capturing buildings and capturing people in your photos?

Unlike street photography, I was never a great photographer of people. Usually the subject of my work is landscape and architecture, but I would say the main difference is the time it takes before you have to press the shutter button. It catches the moment and waits for the moment.

I realized that Downtown LA was sort of an architectural petri dish. They could clearly see the development stages of the city through the buildings. Different growing seasons with unique styles, techniques and materials mixed together in a relatively small space.

What do you think of including people in your photos of buildings? Is it important to photograph a building in use or yourself?

It all depends on what you want to achieve. What is your goal? If you want to capture the structure and space related to human activity, it is important to include people as well. If you focus on the shapes, materials and design elements that give them character and style, people can become a distraction. 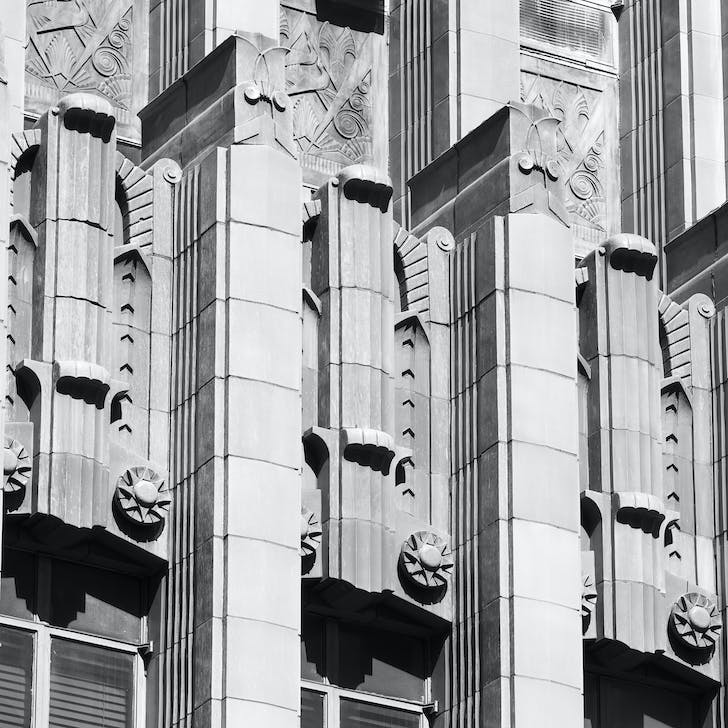 Her project, Silent Observers, is specifically focused on Los Angeles. Can you talk more about the project and why you chose LA architecture as your theme?

Los Angeles is known for its modern post-war architecture thanks to the work of photographers such as Julius Shulman, Leland Y. Lee and Marvin Rand. But what I noticed after moving to downtown Los Angeles is that there are tons of pre-war architectural gems around. the result of the turn of the century economic and cultural boom fueled by oil, Real State and Hollywood.

The work of architects like Alfred F. Rosenheim, G. Albert Lansburgh, Albert C. Martin, Walker & Eisen, Claud Beelman and S. Charles Lee caught my eye immediately. Although many of them are muted by decades of neglect and abandonment, with little effort the beauty, craftsmanship, and dedication that goes into their creation could shine through the layers of dirt and grime. 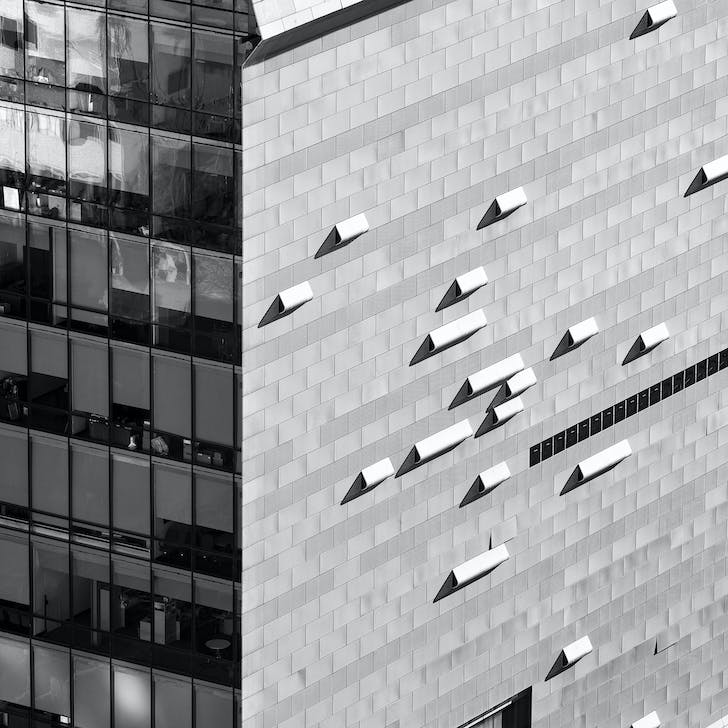 I realized that Downtown LA was sort of an architectural petri dish. They could clearly see the development stages of the city through the buildings. Different growing seasons with unique styles, techniques and materials mix in a relatively small space.

Today the DTLA is experiencing a rebirth after several decades of abandonment. It is once again the center of cultural and socio-economic development. A new phase of development is changing the area quickly. Silent Observers pays homage to the beautiful buildings of downtown Los Angeles as well as a record of the city’s constant flux.

Why did you choose to take these photos in black and white or color?

I want the viewer to focus on the shapes, forms, volumes, materials and design elements without distracting the color. I also really enjoy taking photos in black and white.

As a photographer, how did you initially react to the architecture of Los Angeles?

There is more to it than you think. It goes deep and rich. The more you look, the more you discover. 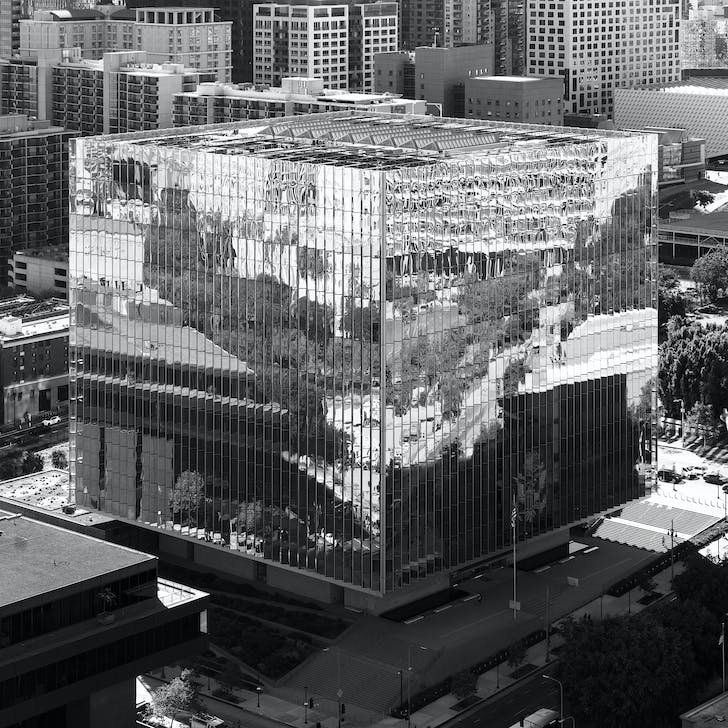 Your city time lapse work is truly amazing. How long did it take you to complete this part of the project?

Many Thanks. Years have passed. I started shooting DTLA timelapses in January 2015 and that continues to this day. Time lapse photography is a craft of patience. You set up the camera, commit to recording and hope that everything will go smoothly for the next few hours. It doesn’t matter how much you plan ahead, you can’t foresee what’s going to happen. The recording of each shot takes a few hours. Add new recordings due to unforeseen events and we’re talking hundreds of hours.

How much light and shadow affect each building during the day?

Immensely. The building you see in the morning is not the same in the afternoon. As light and shadow move, different areas and elements stand out. Light begins to reflect off various surfaces; from one building to another, throwing reflections and shadows on each other. It is a dance, an interaction that fills them with life. Day after day, season after season … it never ends.

What are your favorite devices?

Robust, lightweight tripods (run a lot). Prime manual focus lenses. I’m a sucker for them and you need to be in manual focus to pass the time that goes by anyway. A tilt-shift lens is also key. Google Maps, Google Earth, photographer’s ephemeris to map the path and shadows of the sun. A good book to make those time-lapse hours faster.

Did your view of the city and its infrastructure even change after the project was completed?

Oh, this project isn’t over yet. I still have a list of buildings that I am currently photographing as well as others that I have not yet photographed.

I definitely don’t see buildings the way I used to. They are not static structures, but are in constant transformation. I walk the streets and look up. I am always aware of the quality of the light, where it comes from and which facades it is shining on. It is a beautiful thing to see. 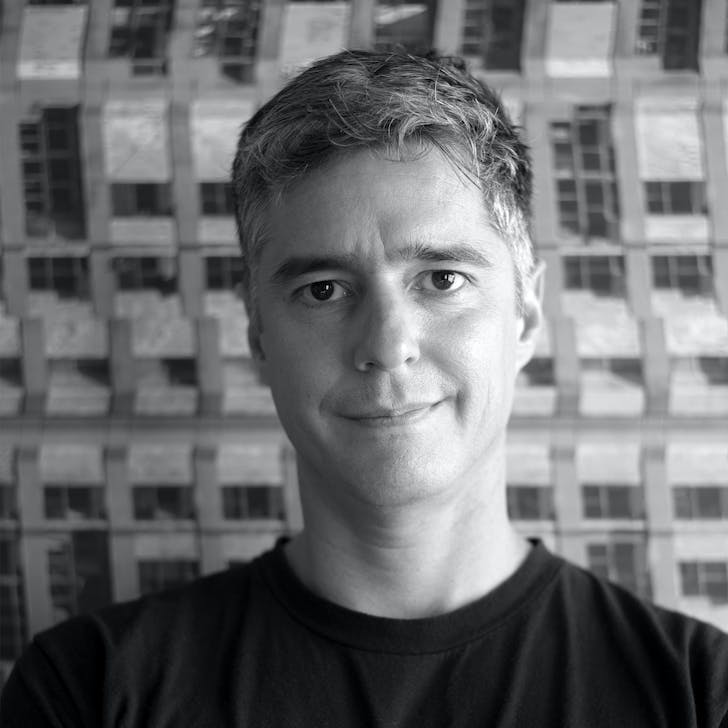 Miguel Rodriguez is a Los Angeles-based visual artist. Using still and time-lapse photography, the underlying theme of his work is the search for invisible patterns and the constant transformation that are hidden in view.

With a bachelor’s degree in communications, Miguel works as an advertising artist for the entertainment and advertising industries. A career spanning over two decades that has taken him to Miami, New York, Detroit, Latin America, Spain and his hometown of Los Angeles.

Cameras have always been an important part of Miguel’s life. In his spare time, he does photos and time-lapses in downtown LA or deep in the California Sierra wilderness, and does pretty much the same thing.