Book launch for LA last Tuesday [TEN]: Interviews about architecture in Los Angeles in the 1970s and 1990s at the A + D Museum brought author Stephen Phillips to a conversation with the book’s editor, Lars Müller, and architecture critics (including) Aaron Betsky and Sylvia Lavin. The book is a collaborative effort by students from the LA Metro Architecture and Urban Design program by Cal Poly, Wim de Wit and Christopher Alexander from the Getty Research Institute, and Phillips himself. As an initiative that brings students together alongside practicing professionals and combines oral history with journalistic investigation, LA [TEN] is both the artifact of an educational performance and a signpost for the continued attempt to historicize LA’s chaotic architectural identity.

Lavin and Betsky kicked off with miniature lectures addressing the environmental and cultural context of LA during the era of the book. Without the institutional confirmation of a strong publishing culture, the architects in Los Angeles placed little emphasis on the production of books in the 1970s. Without those historical artifacts to convey how its players positioned themselves at the time, LA [TEN] tries to refine the picture through personal interviews with the same players. Both Betsky and Lavin have grappled with the pitfalls of historicizing a period through the memories of their participants, especially when LA’s architectural achievements in the 1970s were motivated more by cultural politics than by any regional identity. Betsky described the [TEN] as (in a sense) avant-garde – operating on the fringes of their discipline, producing very little built architecture and working in small offices that did not practice consistent theory. In view of the most recent exhibitions such as “A New Sculpturalism” at MOCA, “Never Built Los Angeles” at A + D and the entire “Modern Architecture in LA” by Pacific Standard Time, the diffusity of LA architecture is lively fascinated, sometimes accompanied by experiments to contain everything in a simple historical narrative.

The architects presented in LA [TEN] First international reputation in the 1970s – this list (see press release below) may sound familiar, but its inclusion in the [TEN] was not determined by a common professional community, unique idealism, or academic affiliation. This added a healthy dose of complexity and contradiction to a discussion about which category the book collectively historicizes this “LA” by (h / t to Lavin’s Venturi reference) [TEN]”? How can Los Angeles in general, or architectural history, benefit from relying on the narrative conventions of the “New York Five” and “Chicago Seven” forty years later? 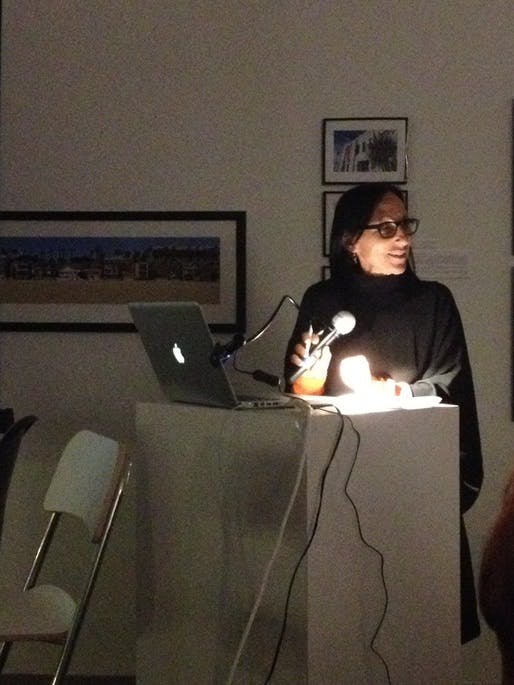 LA [TEN] aims to “offer a casual, fun, and approachable retrospective of the characters, the environment, and the cultural history of LA architecture as they are remembered”. That last part, “How You Remember It” was a little catch in the conversation between Betsky, Lavin, Müller and Phillips. Lavin pointed out that an individual’s memories are inherently personal and inevitably become parochial, which is not the strongest basis for historical references. But what about LA [TEN] In this case, a discreet slice of data can be put up for discussion and hopefully educational institutions can be motivated to question their professional contexts in a similarly generative way.

Here is the press release for LA [TEN]: Interviews about architecture in Los Angeles from the 1970s to the 1990s:

Catapulted to fame by the international media in the 1980s, a loosely connected cadre of architects – the so-called LA Ten – emerged to define the future of architecture in Los Angeles. In this book, LA Ten architects Neil Denari, Frederick Fisher, Ming Fung, Craig Hodgetts, Coy Howard, Franklin Israel (posthumous), Wes Jones, Thom Mayne, Eric Owen Moss, and Michael Rotondi offer a casual, funny, and approachable retrospective about the characters, environment, and cultural history of LA architecture, as they recall, through a series of oral history interviews conducted by Stephen Phillips with Wim de Wit, Christopher Alexander (both Getty Research Institute) and the students of Cal Poly LA Metro has implemented program in architecture and urban planning. This book touches on the intrigues and developments surrounding the Los Angeles architecture scene from postmodernism to deconstructivism and reveals deeply personal and moving stories and events about many of the formative conferences, exhibitions, educational developments, and formal and material strategies of the avant-garde Los Angeles architectural community 1970s to 1990s.

Los Angeles weighs layoffs for as much as 951 cops