We recently traveled to Los Angeles to soak up the sunshine and Cali vibes.

But let’s be real – we were mainly going for the drool-worthy food. With restaurants, markets, and cafes, the eats are endless in LA.

First on the itinerary was a two-night stay at Terranea Resort in Palos Verdes, the only luxury destination resort on the Los Angeles coast. This Mediterranean-inspired resort overlooks the Pacific Ocean and the Palos Verdes coastline with endless natural beauty (like, extreme beauty) and panoramic seascape views. There, if even for a moment, I felt like I’d been whisked away to a tropical paradise.

Upon arrival, I settled into my spacious room with ocean views (pinch me) and freshened up for dinner. Catering to an international palate, Terranea offers nine dining venues ranging from gourmet cuisine to casual fare – all set against the Pacific Ocean. A bit tired from traveling all day, we opted for casual dining at Nelson’sperched on top of a cliff directly above the ocean coves. 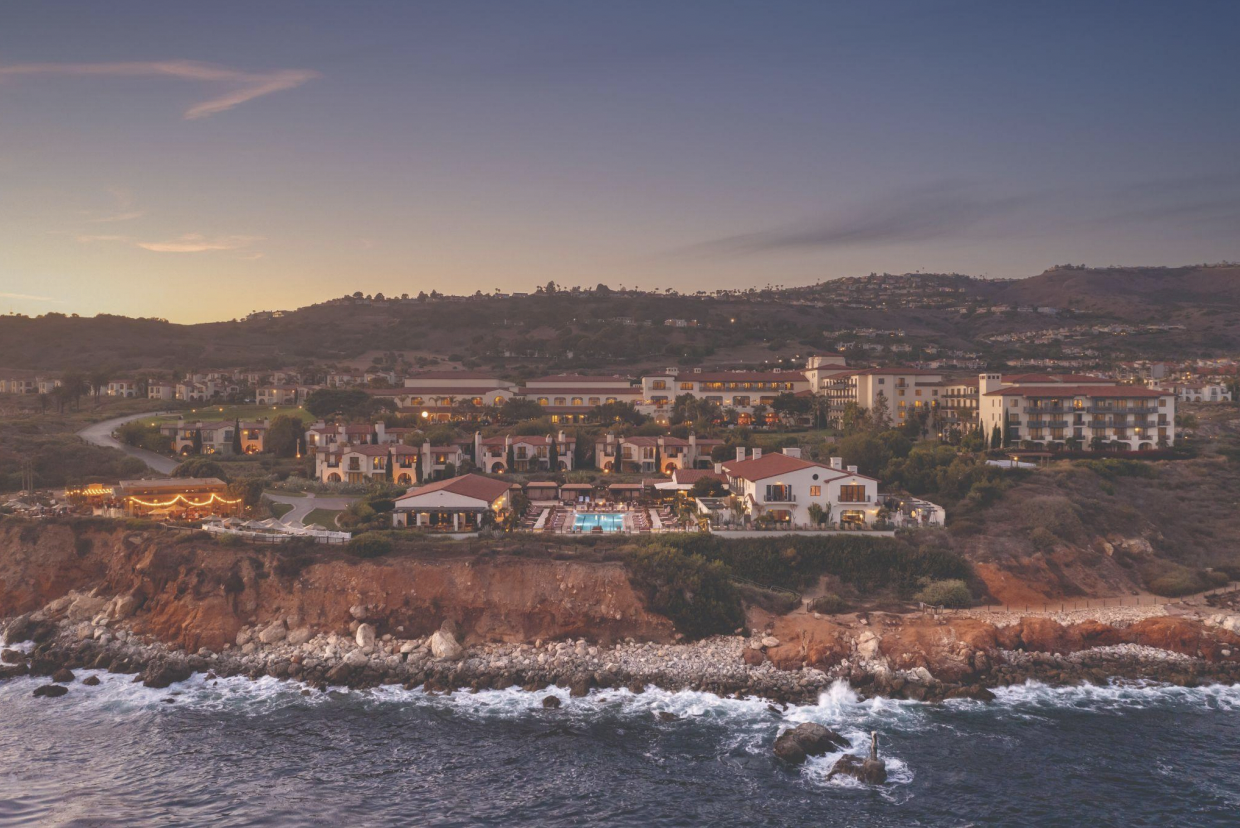 Day 2: A fusion of flavors

After a restful sleep, we started our day with breakfast at Catalina kitchen. I am still dreaming about those Bananas Foster Pancakes.

After breakfast, we hit the road to explore San Pedro, located at the southern point of the Palos Verdes Peninsula, between Manhattan Beach and Long Beach. We toured the San Pedro neighborhood, visiting local sites such as the Korean Friendship Bell, Pint Ferman Lighthouse, and even local restaurant Whale & Ale – the first and only Irish pub in San Pedro. An Irish Coffee was just the refueling we needed before heading to lunch at the San Pedro Fish Market. 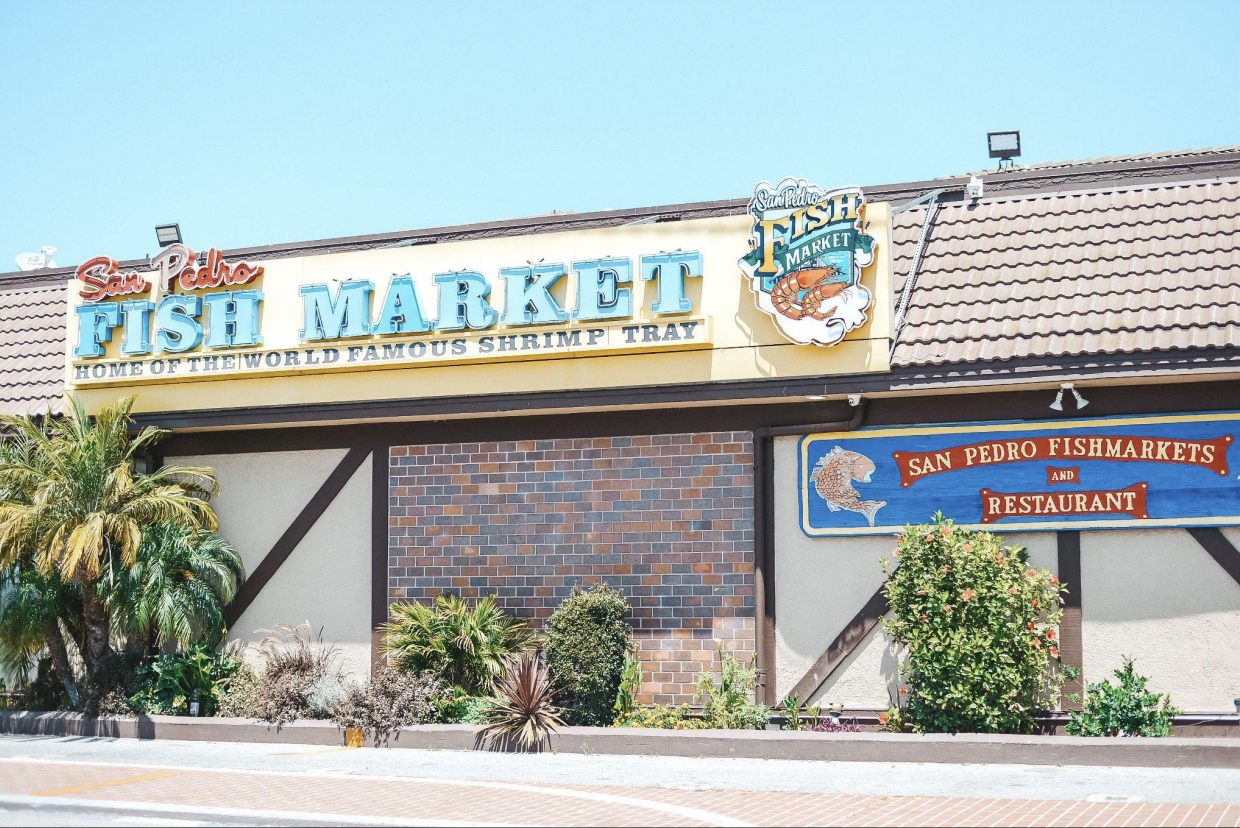 Family-owned and operated, the legendary San Pedro Fish Market is California’s largest seafood restaurant. It can seat nearly 3,000 people, many of whom come for the views of passing cruise ships and the Port of Los Angeles. Our crew devoured the World-Famous Shrimp Tray while sipping micheladas and mango margaritas. A staple of the San Pedro community, this restaurant is a must-try experience for seafood lovers and foodies alike. 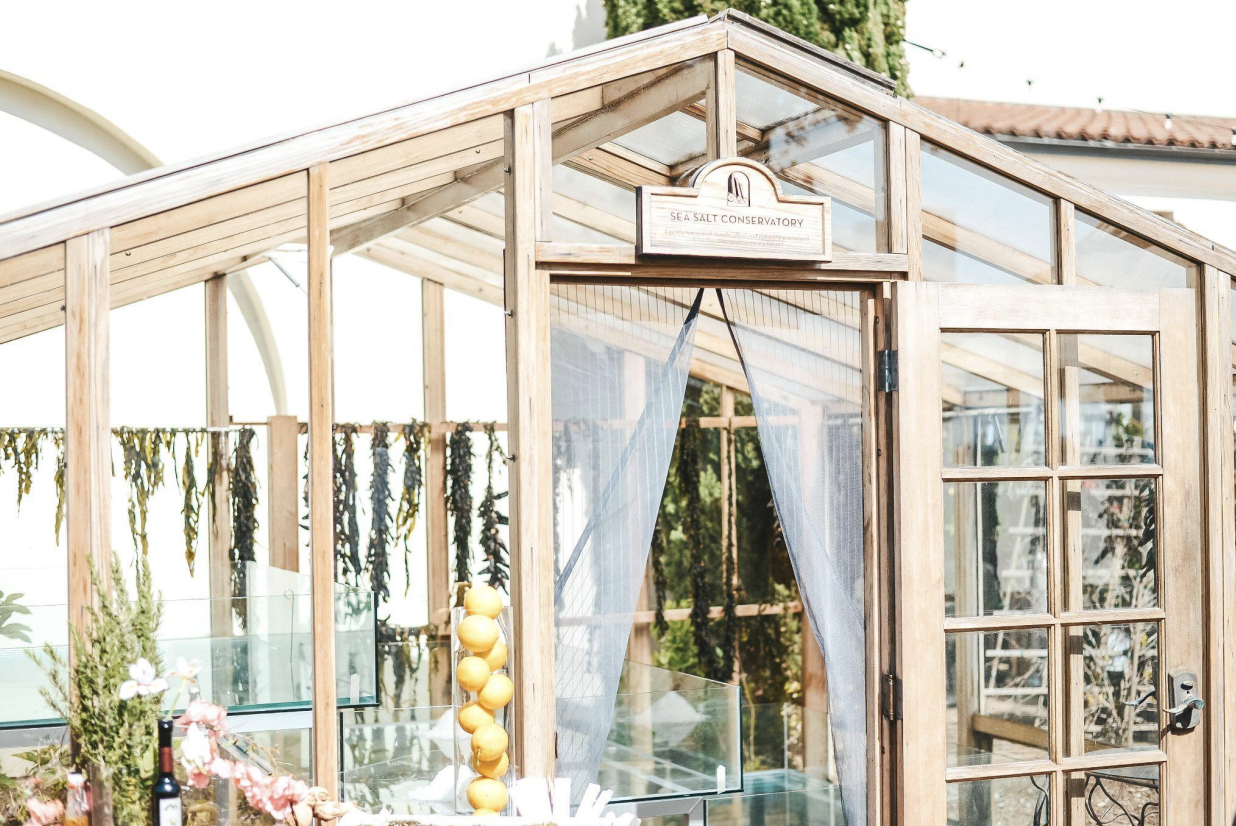 When we returned to Terranea, we partook in the new Sea Harvest Workshop. This involved a sea salt tasting and salt pairing along with a glass of wine as we learned about the resort’s sea salt harvesting process with Terranea’s award-winning chefs. My personal favorite was the Meyer lemon-infused sea salt. A visit to the Sea Salt Conservatory is truly such a unique experience.

Overlooking the Pacific Ocean with stunning scenes, dinner at Terranea’s signature restaurant, marsel (Spanish for “sea” and French for “salt”), offers a modern twist on California cuisine. The seasonal menu features local ingredients as well as organic, freshly picked herbs and produce from the chef’s garden located just steps from the kitchen, and the seasonal vegetable pasta I gushed over was no exception. 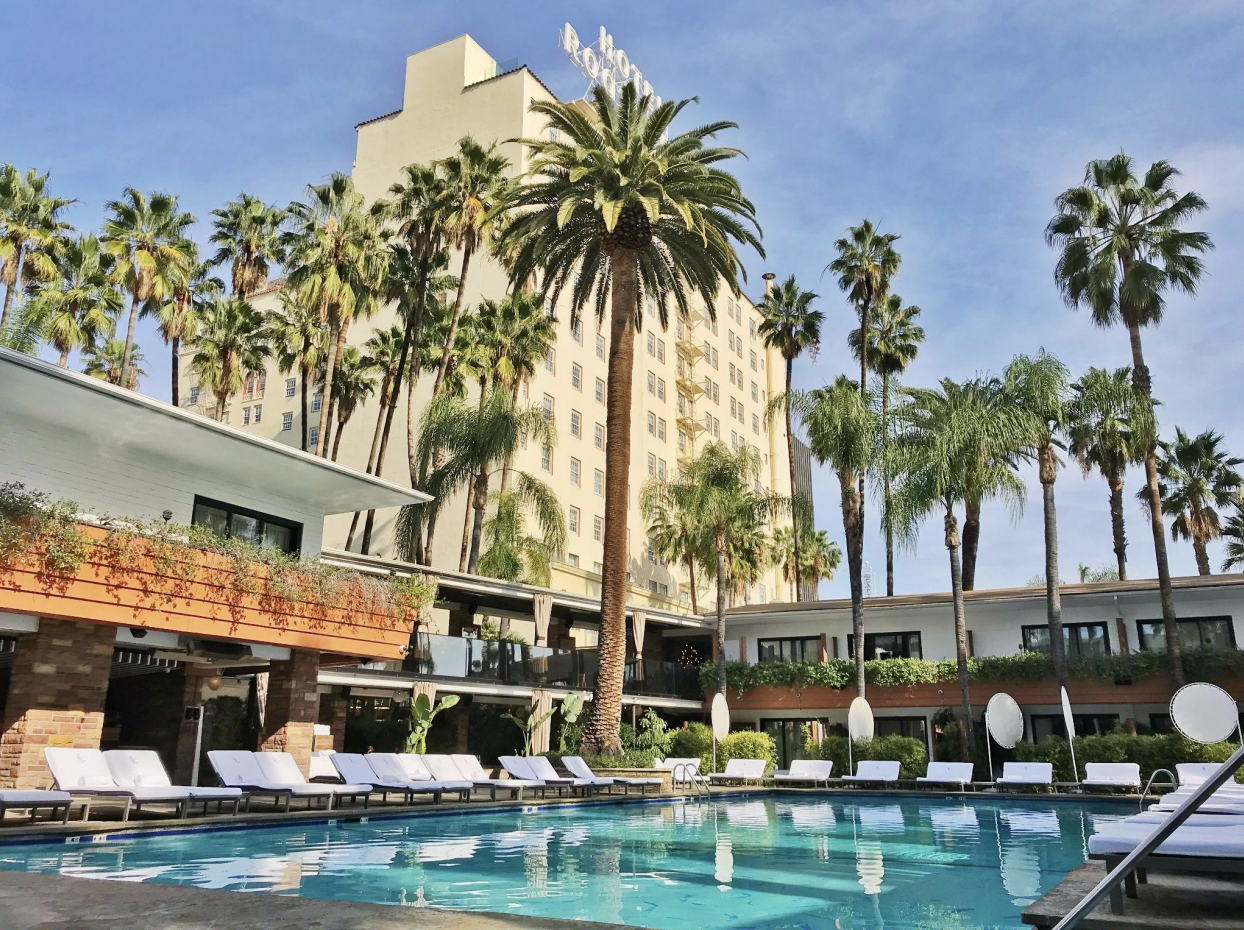 The next morning, we checked out of the Terranea to have breakfast at The Hotel Roosevelt. Nestled behind the iconic pool and shaded by lush palms, the Rosy Café on site transports you to a ’60s-style poolside oasis in the heart of Hollywood. We enjoyed an al fresco breakfast, including refreshing acai bowls, fresh pastries, and seasonal fruit including dragon fruit, and lingonberries, all while reflecting on the legendary hotel’s rich history. A breakfast fit for the stars in a venue that once played host to stars like Marilyn Monroe.

Los Angeles has a diverse collection of museums – over 90 in fact. We made a quick visit to the Academy Museum of Motion Pictures, which recently opened its doors, bringing a new way to experience the love of movies in LA. We caught a last peek of the Hayao Miyazaki exhibit and The Pixar Toy Story 3D Zoetrope, and took in “The Oscar Experience.” The latter, you guessed it, involves experiencing firsthand what it would be like to accept an Oscar on the Dolby Theater stage. Fun fact: an Oscar weighs 8.5 pounds. I’ll share the video capturing my classic Hollywood moment another time.

Next, we made our way to the Hills for a private lunch at Susan Feniger’s house. Well-known for her border grill other Socalo restaurants, she is a chef, restaurateur, cookbook author, and radio and TV personality. She graciously prepared a lunch including menu items from Socalo (Guacamole, Corn Esquite, Lamb Birria Tacos, and Guava Empanadas) and Border Grill (including Ceviche Tostada and Grilled Skirt Steak). We also got an intimate first look at FORKED, a documentary about Susan’s culinary journey shot by her partner, Emmy Award-winner Liz Lachman – to be released later this year. Both were incredibly welcoming, and their gracious hospitality was an LA highlight.

After lunch, we headed to downtown Los Angeles for a hands-on cooking class at LA Cocina. A museum; the first one of its kind, focuses on Mexican cuisine with a teaching kitchen dedicated to exploring the rich culinary traditions and treasures of Mexican and Mexican American cooking. We learned about the origin of the molcajete, how to season it, and how to prepare two authentic salsas using tomatillos, tomatoes, chile de arbol, cascabel, and more from Oscar Ochoa, owner of the El machete. The class was so much fun, and the salsas were the best I’ve ever had. 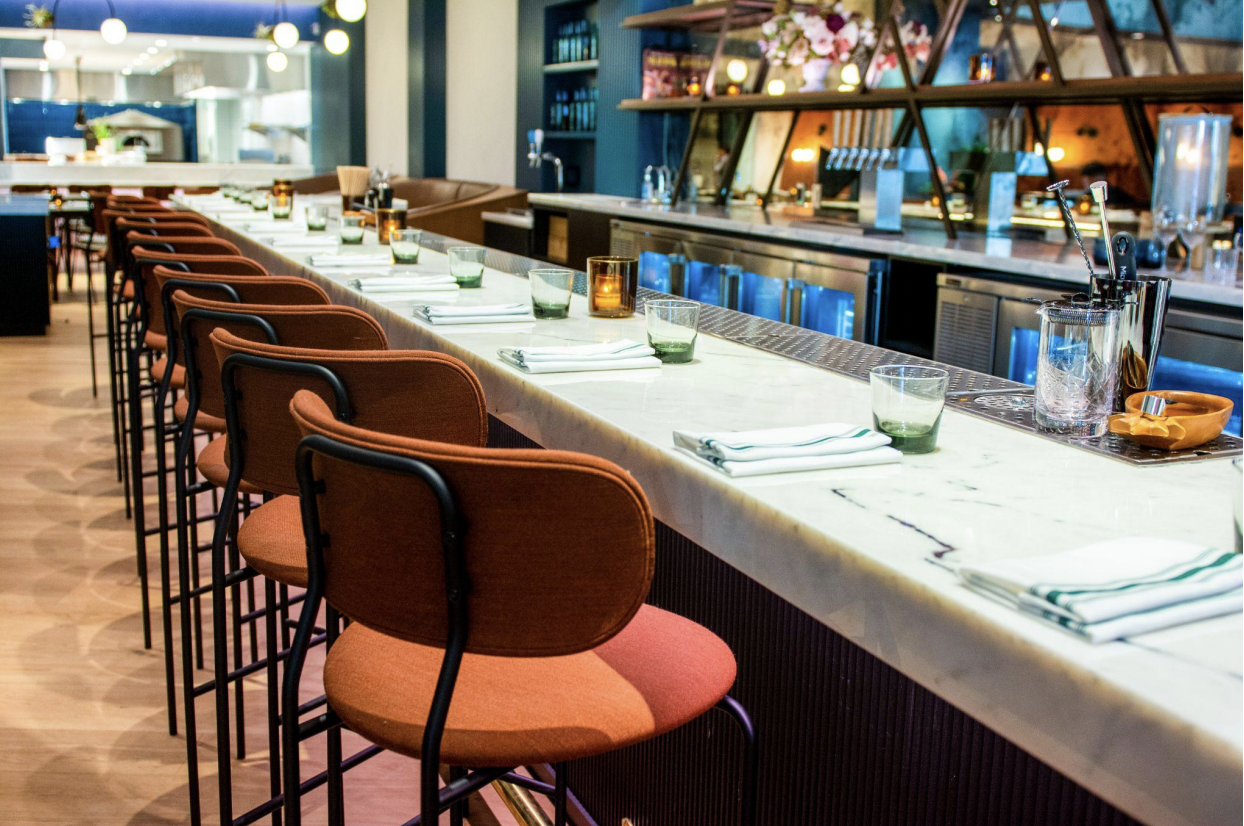 We worked up an appetite, so we moved on to dinner at Gusto Green, a forward-thinking foodie destination with a menu of plant-forward, omnivore-friendly cuisine by Canadian restaurateur Janet Zuccarini. We sampled a variety of items on the menu, and everything we tasted was fresh, flavorful, and absolutely delicious.

Following a long day, we were ready to check in to the Downtown LA Proper Hotel in the heart of Downtown’s South Park District. Although we left the Palos Verdes coastline earlier that morning, Proper feels like a lush little oasis of its own. Here, the creative vision of internationally acclaimed designer Kelly Wearstler seamlessly blends past and present with compelling design, vintage influence, and local art while award-winning chef Suzanne Goin and restaurateur Caroline Styne bring the culinary program to life. 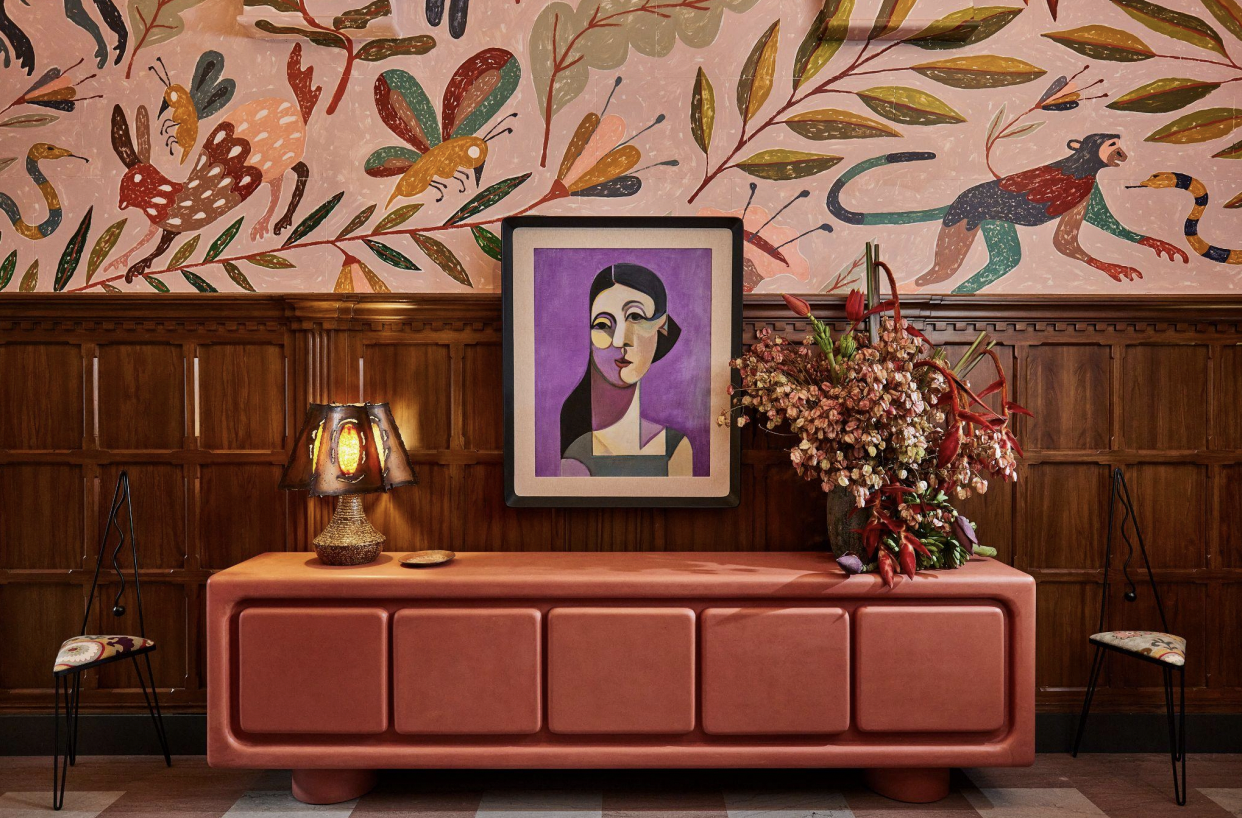 A standout for me was a beautiful hand-painted mural by Abel Macias that covered the lobby ceiling and the city-view rooftop pool.

Day 4: LA breakfast for the books

The next day, we had breakfast a few blocks away at the bustling Grand Central Marketan iconic marketplace showcasing the cuisines and cultures of Los Angeles since 1917. We grabbed a coffee from G&B and the Bacon, Egg, and Cheese breakfast sandwich from EggSlut for a little morning pick me up. If you know, you know.

On my last night, I stayed at Pendry West Hollywood, nestled on the Sunset Strip. Pendry West Hollywood embraces the best of California modernism and glamorous life in the Hollywood Hills. Before my flight, I had a cozy breakfast at ospero, featuring a signature, all-day menu by Los Angeles’ culinary favorite, Wolfgang Puck. I enjoyed a housemade pastry (or two) and a latte from the coffee bar before soaking up the early morning sun and heading back to Vancouver. 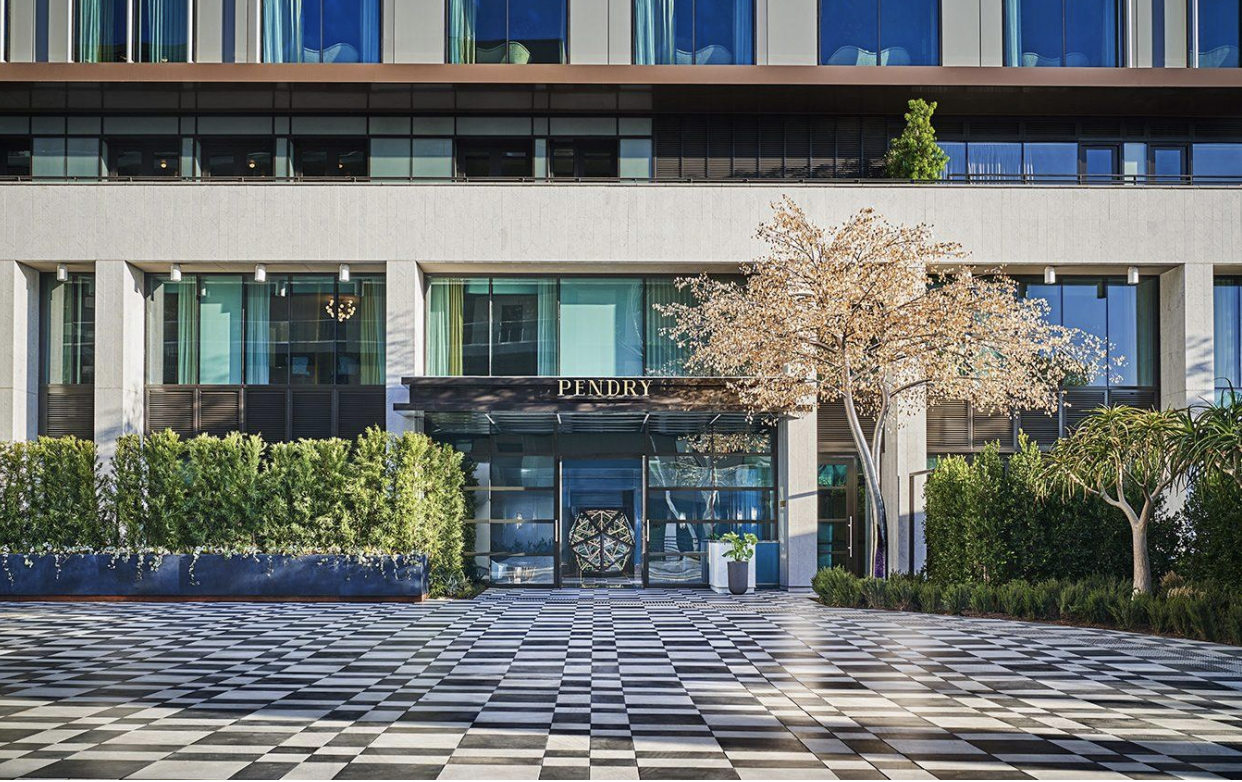 Overall, it’s safe to say that no matter where your LA adventures take you, there’s no shortage of delicious places to indulge. It’s easy to have fun tasting your way through La La Land!

For more information and to start planning your trip to Los Angeles, visit them official tourism websiteor for updates, visit them Facebook other Instagram.

The author of this article was hosted by Los Angeles Tourism